What’s this? A post that’s longer than 20 pictures!? Yes, that’s precisely what this is. Mostly because the last 8 or so pictures really didn’t fit into the narrative of the next post. You’ll see! 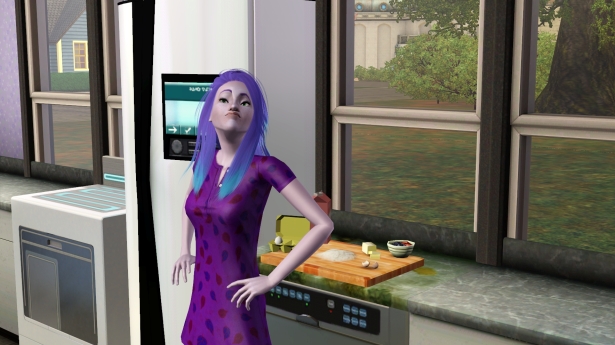 That doesn’t look like grilled cheese to me, Mona.

Mona: And then she made me chuck away perfectly good food just because it wasn’t grilled cheese! 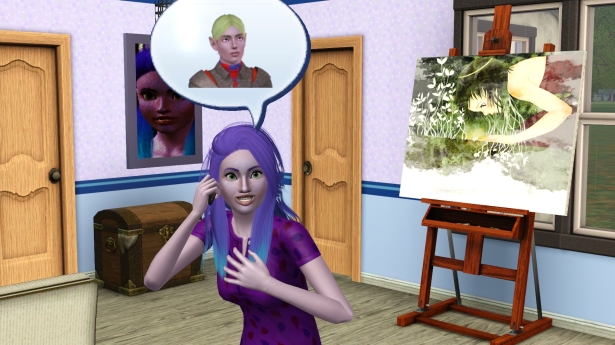 Mona: Breandan, your daughter is a genius! Well, not a literal genius, I mean she’s actually insane but she already knows how to – wait, what do you mean ‘what daughter’? You know, our daughter? Opal? …. Hello?

Mona: Hi, I need an elixir for… uh, you don’t have what I’m looking for. Never mind.

And then I ignored her for 30 seconds and found her here.

Ori, I am somewhat concerned about the house you chose to go to after school. 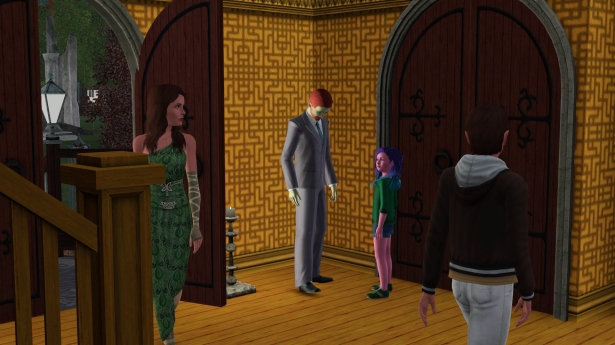 Siobahn: Who is this lost child?

Aaron: My… other daughter. 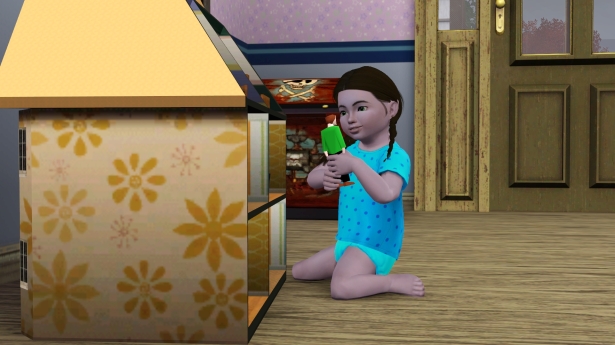 I finally caved and bought the dollhouse that everyone’s been wishing for. Opal, being the only one in the house (except maybe Bailey), is the first one to it. 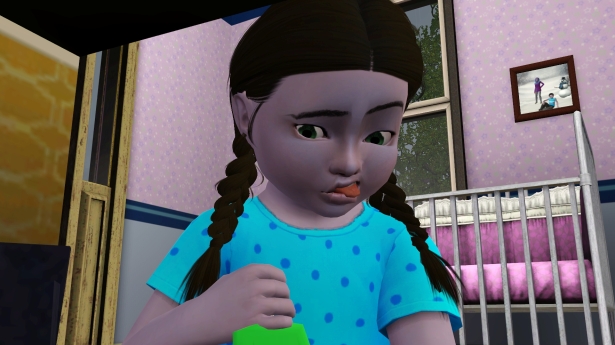 And she’s all kinds of cute.

Ori: This is my daddy and his wife. They live in a house of lies.

Apparently these two decided that the best place to do their homework was outside?

So embracing the theme of ‘outside’, I sent the rag tag bunch of losers to the spring fair, completely forgetting that this won’t count for Opal.

And her birthday is today. You think I could’ve waited longer, but no. I just forgot.

These two losers also wished to go egg hunting, so I let them do that.

No, no you’re not. Stop rebelling and eat your grilled cheese.

Bailey: I’m sure that picture was ruined by Opal wailing.

I’m sure it was lovely.

Mona also painted this awesome thing, which I’m really sad we had to sell.

But then she painted another one seconds later, so we put that on the wall.

Mona: Hi I’m here to – wow how long has it been since I was here last!? Also, you still don’t have what I want. 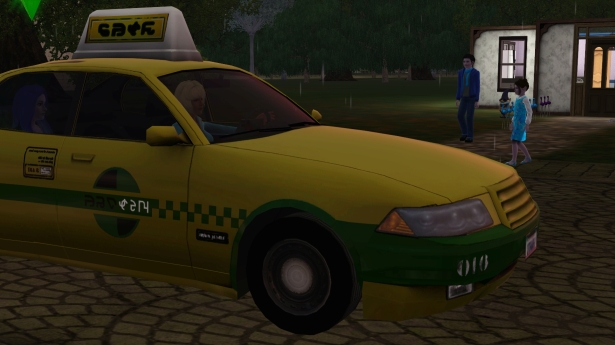 So there was a crash, and we went alllllll the way back to just after Opal’s birthday. The only time I’ve ever had major crash on this computer has been when I’ve added new mods or CC, and once in this save previously. My old computer hated Dragon Valley (and used to free & crash only in this neighbourhood), so I decided to move somewhere else, just in case it was related.

So, next time we see where they’ve moved to!